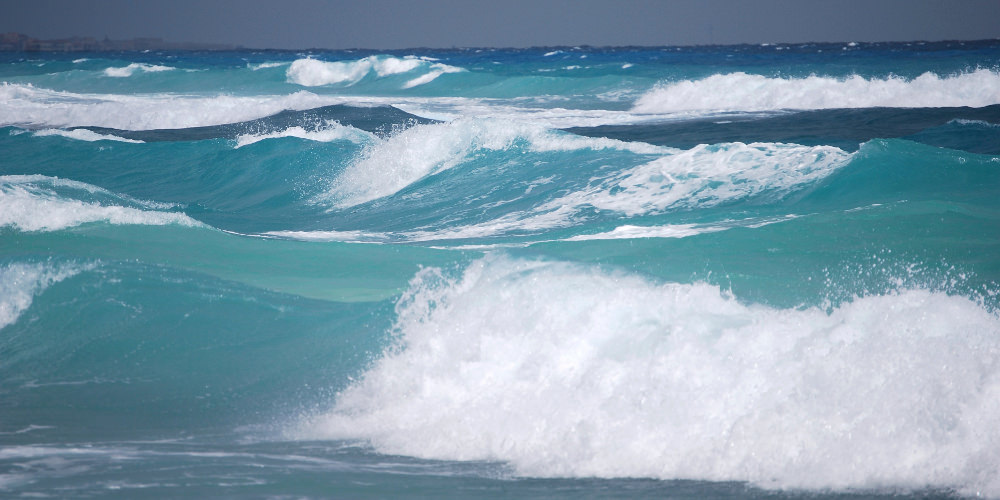 You’ve probably heard the joke about fusion power: it’s 20 years away from commercialisation, and it always will be.

More than a few people would suggest that the same applies to wave power. Despite 60 years of serious attempts to exploit waves as an energy source, wave power is still a long way from proving its commercial viability. In the meantime solar and wind power enjoy spectacular growth and now compete with fossil fuels on their own terms.

Conceptually, generating power from waves is pretty simple: waves move something that is connected by various means to an electricity generator. In practice, however, it is proving extremely difficult to turn a wide range of good ideas into robust, cost-effective power stations.

Why is it so hard?

As with any new technology, attracting funding is a challenge, and wave power has some unique characteristics.

For one thing, wave energy converters (WECs) need to be big. “WEC prototype units need to be in the hundreds of kilowatts up into the megawatt range,” says Shawn Ryan, Director of Bombora Wave Energy. He contrasts that with solar panels and wind turbines that were first commercialised at scales of watts to tens of kilowatts. Perpetuwave CEO Glen Dullaway agrees. “Large scale devices come at a high cost,” he says, “and securing the investment to advance to large scale projects is difficult.”

The marine environment doesn’t help. Big waves can be highly destructive and WECs need to be engineered to survive extreme events. Many a WEC has come to grief, and this makes investors doubly nervous.

Then there are regulatory issues. These include ensuring minimal impact on marine environments and connection of new generation to electricity grids. “There are so many regulatory barriers to trying anything new that the R&D costs climb forever upward,” says Simon Troman, Managing Director of renewable energy consultancy IT Power Australia. “We’ve had renewable energy projects where the red tape costs have been greater than the engineering design costs.”

But developers of WECs aren’t easily discouraged, and Australia arguably ranks second to the United Kingdom in its efforts to bring wave power on line. So how close are we to seeing the breakthrough to viable wave power?

At the start of this year things were looking very bright for Australian wave power. Four companies had been selected to share over $89 million dollars in support from the Australian Renewable Energy Agency (ARENA). Each then had the challenge of raising the additional funds they needed, as ARENA was offering less than half of the total cost of each project.

In March, hopes were dimmed a little. Oceanlinx was placed into administration after their WEC ran into difficulties while being towed to its intended site off Port Macdonnell, South Australia. There have been suggestions that its technology could be resurrected by another company.

The next disappointment came in August when Victorian Wave Partners, a subsidiary of Ocean Power Technologies (OPT), decided that its intended wave farm was not financially viable. At 19 MW, this was by far the largest wave project to be selected by ARENA. It was planned to be the world’s largest wave farm, so offered a glimpse of what commercial wave power might look like. Of its projected cost of $233 million $66.5 million was to come from ARENA.

That leaves two wave power companies still on ARENA’s list. One is still at the proving stage. After eight years of R&D, tank testing and power unit testing BioPower Systems aims to have a 250 kW pilot system in the water off Port Fairy in Victoria in 2015. ARENA is providing $5.6 million of the $15 million total.

Further down the path is Carnegie Wave Energy. It already has sea trials under its belt and has been incrementally increasing the size of its buoyant actuators. These sub-surface buoys power pumps on the seabed that deliver pressurised water to shore. On land, the pressurised water is used to generate electricity or directly connected to a desalination system to produce fresh water.

Three of Carnegie’s CETO 5 units with a combined power rating of 720 kW are being fitted out ready for deployment off Garden Island near Freemantle. The $34 million project will provide both power and desalinated water to the HMAS Stirling naval base.

Carnegie has first-hand experience of the ferocity of the ocean environment. One of its buoys was swept away during a cyclone that hit Reunion Island in the Indian Ocean in January 2014.

There is no doubt that the demise of Oceanlinx and questions over the future of OPT have been keenly felt by the wider wave power community, not just in Australia but around the world.  However, Carnegie Wave Energy appears to be on track to develop its wave farm near Perth and is the current flag bearer for wave power in Australia.

That doesn’t necessarily mean Carnegie’s design is the best. There are plenty of other ideas looking for funding and it may well be that there isn’t a “one size fits all” solution to wave power generation. Different technologies may be required to exploit different conditions, whether it be water depth, wave size, seabed disturbance or visual impact.

So we’re not there yet, but we are getting closer. Let’s just hope it doesn’t take another 20 years to get there.