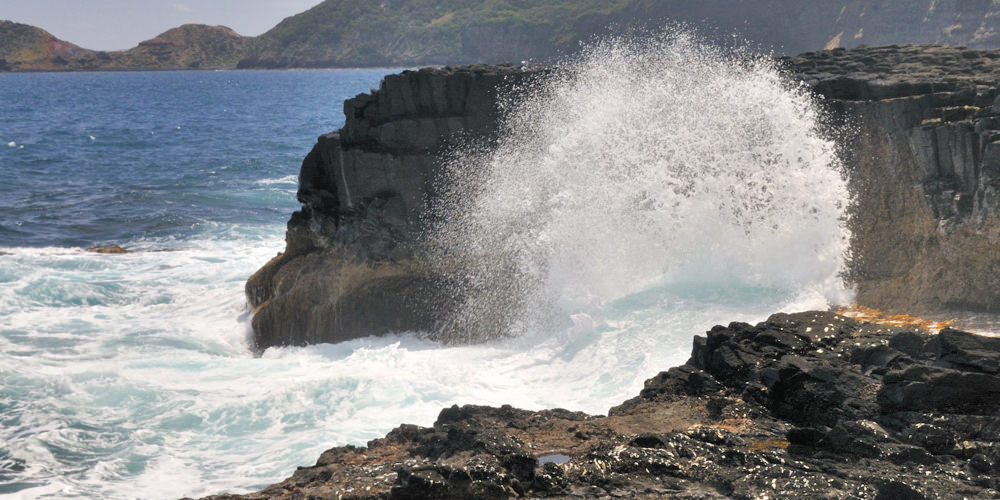 The straight up answer to the above question is “maybe”. And it’s a highly qualified maybe at that. So let’s look at some of those qualifications.

As this map below shows, a lot of power is contained in waves. The total global resource has been estimated at more than two terawatts, of which 500 gigawatts could be captured with current technology. Australia is well endowed with waves, so resource is not a problem.

The ocean can be a rough neighbourhood, which is one reason why there is yet to be a successful, long-term deployment of a significant wave energy converter (WEC). There have been many losses, though not all of these can be pinned on stormy weather. Experience with oil rigs shows that large man-made devices can survive for a long time in waters that experience extreme weather, however there is a difference between building something to withstand the ocean’s power and building something to interact with it. Still, some WECs are designed to go into a “safe” mode in extreme conditions and there is no particular reason why devices can’t be engineered to can cope with these extremes.

Whether survivability can be achieved at an acceptable cost is another matter, so the wave power industry still has something to prove here.

WECs vary enormously in their complexity and the number of moving parts. It’s natural to think that the more complex the device, the more likely it is that something will go wrong. The mechanics of some WECs are relatively simple, and well-engineered devices can last for years, so complexity on its own needn’t be a deal breaker.

If something does go wrong, is it relatively easy and cheap to access the fault and fix it? Devices that keep their vital bits above water would seem to have an advantage here although some sub-surface systems are designed for easy retrieval. Even so, marine energy systems cannot provide the same level of accessibility as onshore wind or solar farms, so maintenance costs are likely to be higher for WECs. Ultimately that all adds to the levelised cost of energy (LCOE).

Being reliant on one or a small number of generators has dire consequences when something goes wrong. Just look at the impact of the Fukushima disaster.

Highly modular systems with many self-contained units should only suffer a small drop in overall power output if a single or small number of units fail. Most multi-MW scale wave power farms are likely to comprise numerous units, allowing for redundancy in much the same way that wind farms do.

Australian wave energy companies anticipate capacity factors of 25-45%, depending on location. That compares favourably with onshore wind at around 30%, and solar which can be as high as 30%, but more typically ranges from 15% to 25%. Offshore wind might be a more appropriate benchmark for wave power, and in Denmark for the year to April 2014 this averaged 42.7%.

Carnegie Wave Energy claims that in a typical Australian project its CETO devices will generate power 95-99% of the time. Some of that will only be at low output of course, a bit like a solar panel on a cloudy day, but it is still a pretty impressive level of availability. With its ability to spread its power production over a longer period than wind, wave power wins this round. How long it enjoys that advantage, however, will very much depend on what happens to the cost of energy storage.

This is where it gets down to the pointy end of the analysis. What will a mega-watt-hour (MWh) of wave power cost compared to a MWh of electricity from other renewable sources?

For commercial-scale wave farms, Australian wave energy developers quote figures ranging from $20-$120 per MWh. CSIRO estimate $100-$150 per MWh, which is likely to be less biased and more realistic. Based on figures from ARENA and Clean Energy Finance Corporation, a rough calculation shows that the capital component alone for power from the Oceanlinx and Victorian Wave Project (VWP) installations would have been around $114 and $175 per MWh respectively. And that’s using generous assumptions such as 40% capacity factors and 20-year life spans. The VWP was to comprise 28 PowerBuoys, which would have offered some economies of scale. On the same basis, the AGL Solar Project comes in at a capital cost of $81 per MWh with a 20% capacity factor, and the Portland Wind Project at $38 per MWh.

That means there is a pretty big gap for wave power to close for it to be able to compete on price, and now it faces a further threat:

If wave power can’t match the cost of wind power, what about the ace up its sleeve – good capacity factors and more consistent generation?

With real prospects for significant reductions in energy storage costs at the utility scale, wind stands a very good chance of overcoming much of its intermittency problem. The same goes for solar, but good sites for wave power often aren’t the sunniest. Good waves, on the other hand, often accompany plenty of wind. If wave power can’t supply electricity at a lower cost than wind plus storage can, it may be game over.

If that turns out to be the case, there may still be some niches open to wave power. Its low visual impact compared with wind turbines will certainly be attractive to some people. Or it may be the best solution in locations like remote islands. But if wave power is relegated to playing a bit part it will be doubly difficult for it to achieve any real economies of scale.

So wave power: I want to love you. Really I do. After all, you do have some attractive features. But you also have some personal issues that you need to work through. 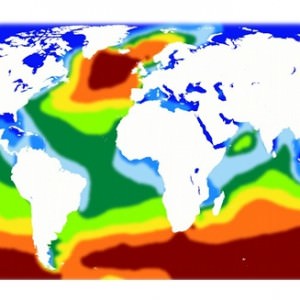