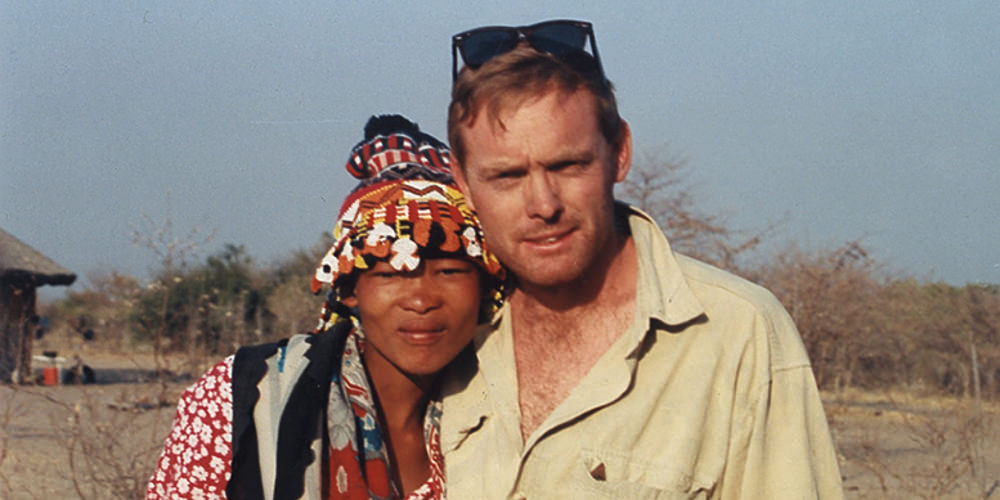 Simon Troman is Managing Director of renewable energy consultancy and engineering firm IT Power Australia. He has worked on numerous renewable energy projects, and served as Chair of the industry body Ocean Energy Industry Australia.

When and how did you first get involved with renewable energy? What’s the appeal?

When I was about 13 my neighbour and I built a solar water heater out of ply wood, poly piping and tin foil. I was hooked the moment the pressure starting rupturing the seals. We got that thing working and made tea for my mum with it. Awesome.

My first job was working on a tug on the West Coast of Tasmania, where we changed over all the gas navigation lights to solar. That was 25 years ago! 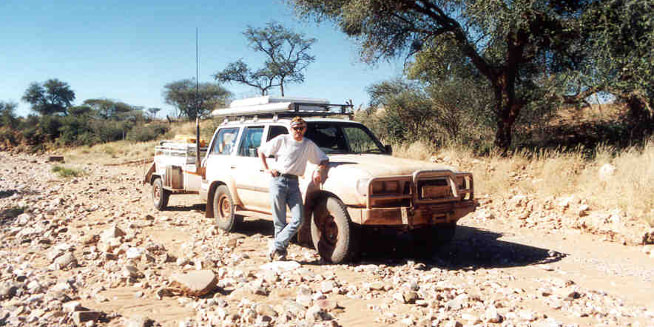 Simon on the "road" in Africa | Image: supplied

In the last few years I’ve worked on a number of predominately PV projects throughout the Pacific, including the well-known Tokelau project and the current Samoa PV projects. Other projects I’ve been involved in include: a tidal energy proposal in New Zealand, the Bamyan PV, diesel, hydro project (Afghanistan), industry training requirements in India, QA programmes in Japan and large PV array projects in southern Africa.

What drew you to IT Power Australia?

I worked with the old AGO for a couple of years where the key knowledge I gained was that I’m not very good at being a public servant – too cynical. Around this time IT Power offered me the position and, after at first saying no, I decided to take it. The key attractions then are the same now: I get to work in the industry I want to work in on interesting and usually meaningful projects, surrounded by a fantastic group of people.

Does a “green streak” run through the ethos of IT Power?

To a fair degree, but it is tempered by a huge streak of reality. If we had our way we would only ever work on sensible projects that would succeed. Projects that address the three key requirements for success: technical, financial and social. For the record I include environmental in all three of those categories. We see too many projects that think it is all a technical issue, to the point where now when I’m asked if something is “technically” possible I just say “Yes. But how much do you want to spend?”

How many people work at IT Power in Australia and globally?

IT Power Australia has around 15 staff at present, including such well known names as Keith Lovegrove, Muriel Watt, Joe Wyder and Rob Passey. I mention these folk as I always have to stop myself and go “Wow, I work with Muriel / Keith / Rob etc, as these people were, and still are, some of my heroes!

Globally IT Power has around 60 staff, mostly in the UK.

You believe renewable energy has the ability to meet Australia’s entire energy requirements. Do you think we will get to that point in, say, the next 30 – 40 years?

Right now it makes sense to use RE technology to meet some of our energy needs. I’m not concerned with the concept of 100% RE power for Australia, as these become distractions that stop us doing what we can do, right now.

The share of generation from RE will grow. PV’s growth may have slowed, but it is still growing, wind may have flattened but projects are still under development. New RE tech is slowly maturing, such as marine with tidal projects in northern Australia and folks like Carnegie doing well.

So I’m fairly bullish on a good future for RE.

What are the main barriers to this happening?

Technically, nothing. Sure there are a lot of “unknowns” still, but these just take time and money – a solution will be found, some ideas that seem great will fall by the way side, but new ideas will replace them.

Financially, in many cases we have projects that stack up now, but not when the cost of money, the whole NEM issue and a conservative mindset get in the way.

The main drawbacks to RE are political and social. Wind has major issues with community acceptance, and I blame the wind industry for this – they didn’t take the community with them for the ride and instead went after the buck. Big solar risks this happening, and indeed we are seeing the first anti-solar organisations appear. Big solar is following the example of wind and not working with the community from the start.

And then some politicians looking for a way to get their name on the front page seize on this and the whole industry slows down.

Looking more globally, great things are happening with the expansion of renewable energy. On the other hand some very large and influential companies are intent on extracting as much fossil fuel as possible. How does your inner realist think this “contest” will pan out?

At ITP we do a lot of work complimenting diesel with PV / wind etc. Fossil fuel and RE don’t have to be seen as enemies, but rather as part of the tool box. Hybrid power stations in off grid areas work well and are well understood. I don’t see why this can’t translate to the whole energy mix on grid. Our grid should be transforming to wind / coal / hydro / PV etc, and we should stop this thinking it is one or the other.

What are your tips for the hot renewable technologies over the next 10 years?

Australia will see a commercially and technically successful marine energy project up and running in the next ten years. It may not be one of the players active today, although there are some good looking companies coming through. Solar thermal is still to show the potential we all know it has – maybe some clever company will hit the right combination of performance and cost and we will see movement there. There is some geothermal stuff happening soon that might just have worked out the questions, if not the answers.

But for a real hot tip: solar thermal processing for oil substitutes. Solar reforming of natural gas may just be the tip of the iceberg.