Thank You, John Grimes And The Australian Solar Council 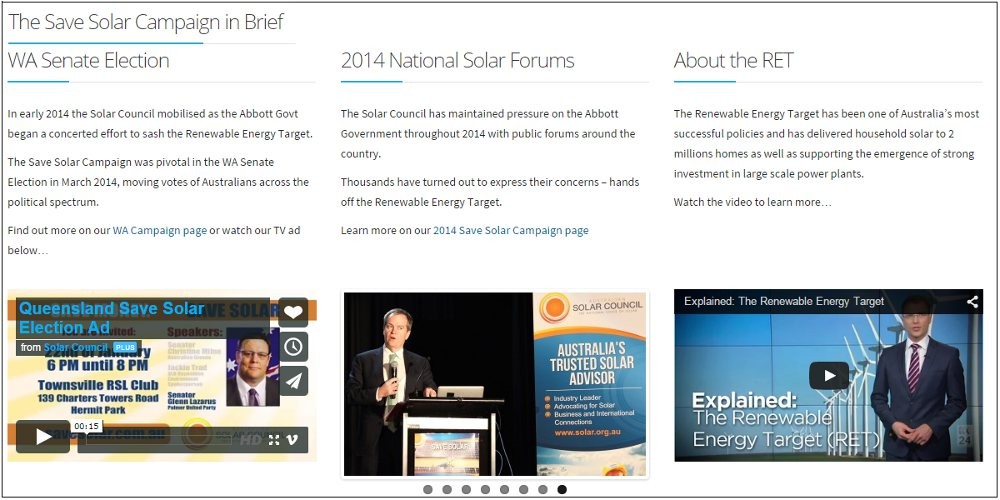 One of the hardest workers in Australia’s solar power industry at the moment must be John Grimes, Chief Executive of the Australian Solar Council (ASC).

With the Queensland state election campaign into its final hours, the Newman Government is John’s number one target at the moment. But for months he has crisscrossed the country organising and presenting at solar forums in a massive effort to rescue the Renewable Energy Target (RET) from Tony Abbott’s wide-ranging attack on clean energy.

An indication of his effectiveness was being branded a “total failure of an industry leader” by Abbott’s ‘environment’ minister, Greg Hunt, last August. The solar industry, and indeed anyone looking to protect themselves from seemingly endless rises in electricity costs, will strongly disagree.

The battle over the RET and state-based anti-solar policies has been an unfortunate, but necessary distraction from the ASC’s core role of supporting the rollout of solar power in what should be a supportive policy environment. It’s a battle that will continue for a while yet, and no doubt John and the ASC will continue to lead the broader effort to restore Australia to the growing list of nations heading in the right direction on energy policy.

So thanks, John. Your hard work and that of your colleagues is very much appreciated. More importantly, it is bearing fruit and (hopefully) causing T. Abbott and friends a major headache. I hope our readers will take a moment to visit your Facebook page and also leave a message of thanks.