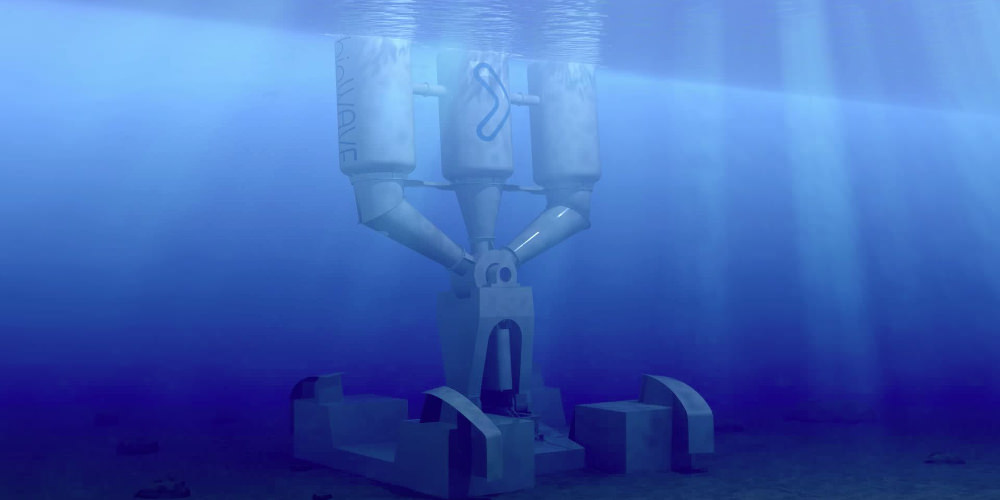 BioPower Systems CEO Tim Finnigan describes the bioWAVE as a bottom-mounted pitching point absorber that operates in moderate water depths by gently swaying back and forth beneath the swell. The device spans the full water depth, which is 26m for the 250kW prototype and about 35m for a 1MW version. The video on BioPower’s website provides a good look at how bioWAVE will work.

The bioWAVE captures energy from both the rise and fall of the waves (potential energy) and the subsurface motions (kinetic energy). This energy is converted to grid-compatible electricity by an on-board self-contained module, O-Drive, which houses hydraulic and electrical equipment. The O-Drive is removable, for servicing. When ocean conditions become extreme, the bioWAVE automatically ceases operating, and temporarily assumes a safe position lying flat against the seabed.

After eight years of R&D, model-scale tank testing, engineering, design and machine testing, a full-scale 250kW O-Drive conversion system has been built and extensively grid-tested in factory conditions. A 250kW ocean-based bioWAVE pilot system is currently under construction, and is scheduled to be deployed near Port Fairy, Victoria in 2015. It will be connected to the grid.

Work has been funded by equity capital and government grants. The Port Fairy project is estimated to cost $15 million, with $5.6 million allocated by ARENA.

The wave resource at the site is estimated to average 30 kW/m. Tim points out that when device spacing, conversion efficiency, and regulatory and environmental constraints are taken into account, only a small fraction of the energy along a coastline can realistically be harvested, but this can still add up to hundreds or thousands of megawatts.

When deployed in wave farms of 50MW or greater, BioPower Systems estimates a cost of generation of $65 to $110 per MWh with a capacity factor in the range of 25-45%, but the company notes that these figures are still subject to many uncertainties.

“Because wave energy is still in its early stages of development, the major challenges run across all areas – siting, permitting, engineering and design, testing, and funding,” says Tim.  While he acknowledges that continued government support for wave energy and other emerging renewables is uncertain, he says that changes in long term policy have little effect on current trial stage projects. Beyond that? “Our aim is to develop a commercially competitive product,” Tim says, “and to allow the market to influence the development more so than politics.” 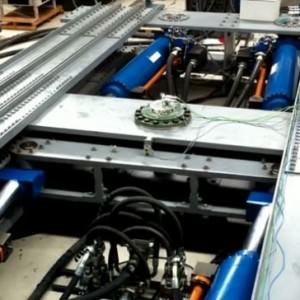