The Wave Rider is a floating wave energy converter (WEC). It comprises an open steel truss with numerous buoyancy pontoons that keep the structure afloat. Along the length of the structure is a series of below surface buoys that move up and down as a wave passes. This movement causes the rotation of an axle on top of the structure which connects via a chain system to various generators that convert the mechanical energy into electrical energy. “Being mechanical rather than hydraulic we achieve a high efficiency,” says Wave Rider Energy’s Founder, Christian Gerlach.

See the animated video of how Wave Rider works.

A prototype was trialled off Adelaide in November 2011 and at 111m long, 13m wide and 4m high it rivals the production scale modules of some developers. “Capacity was not so critical for the pilot, but was around 500kW,” says Christian. “It proved that the technology worked, it generated electricity, behaved well and remained stable in high wave conditions.”

This has given Wave Rider Energy the confidence to go straight to the pre-commercial scale. This next platform has been designed and once built will be deployed off Elliston in South Australia with the aim of connecting it to the grid. Suited to water depths of 30-40m, it will be 150m long, 13m wide and 6m high. Christian conservatively estimates a capacity factor of 40%. With a rating of 2.4MW, that equates to an average output of 1MW.

With access to private funding, Christian says that government and EPA licensing are his major challenges at the moment. As it is still relatively early days, he is not yet willing to provide an estimate of the cost of energy.

Christian feels that wave energy is not really on the radar of the Australian government. “Things like feed in tariffs for wave energy, which can be found in Europe, have not been implemented here,” he says. “This is why many Australian companies are also looking at markets overseas.” 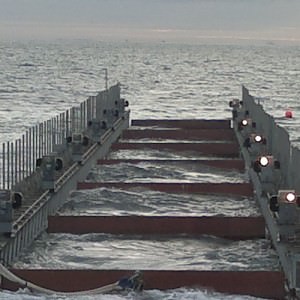 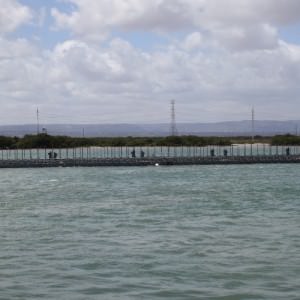