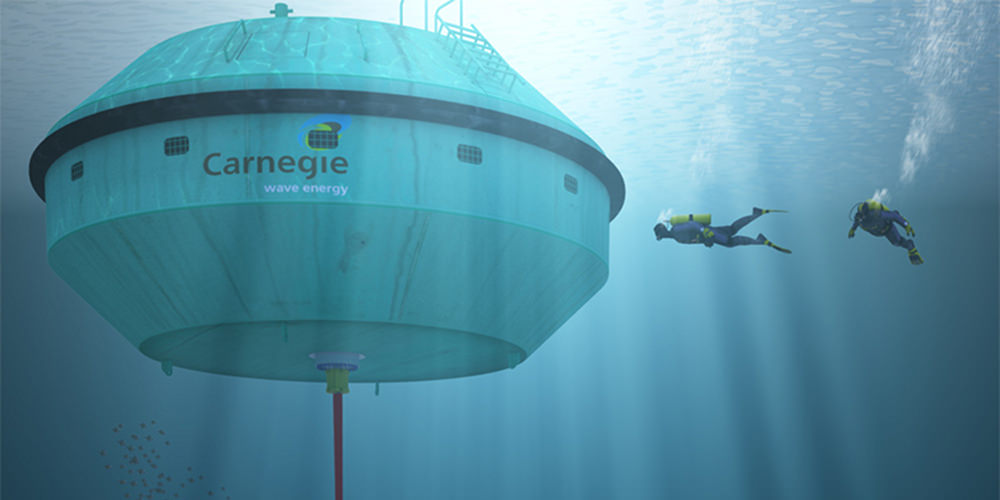 Carnegie Wave Energy is probably the front runner in Australia’s quest for commercially viable wave power. It describes itself as being in the “commercial demonstration phase”.

Carnegie’s CETO device comprises a buoy (buoyant actuator) that sits 1-2m below the sea surface in water depths of 20-50m. The vertical and back-and-forth motion of the buoyant actuator is transmitted via a tether to a sea bed-mounted pump. Pressurised sea water is pumped ashore where it can be used to drive an off the shelf hydro generator for electricity production, or in the production of desalinated water via a reverse osmosis process.

It’s Perth Wave Energy project will see the deployment of Carnegie’s largest device to date, the 11m diameter CETO 5 buoy. Rated at about 240kW each, three CETO 5 devices will supply both electricity and desalinated water to the Garden Island naval base, HMAS Stirling. Carnegie appears to be making good progress.

Carnegie’s technology has been in development since 1999, and has gone through a process of incremental increases in the size of the buoys. Now a publicly listed company, Carnegie has been successful in attracting investor funds, loans and both state and federal government funding. The $32 million Perth Wave Energy Project has been allocated $13 million by ARENA.

A recent successful capital raising, further ARENA grant and a loan form the Clean Energy Finance Corporate will allow Carnegie to proceed with development of the next iteration of the technology, the 1MW CETO 6.

A key feature promoted by Carnegie is the ability of its wave power systems to also produce desalinated water without the intermediate step of generating electricity. It claims an energy loss of just 8% in producing desalinated water, compared with a loss of 75% for a process using coal powered electricity. 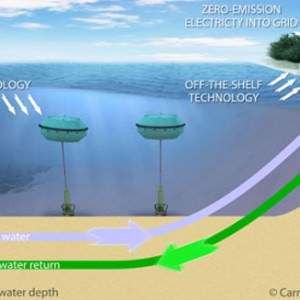 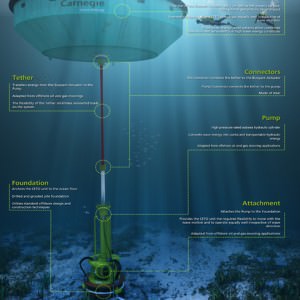