Saving Orangutans Through Habitat Protection: An Interview With Michelle Desilets 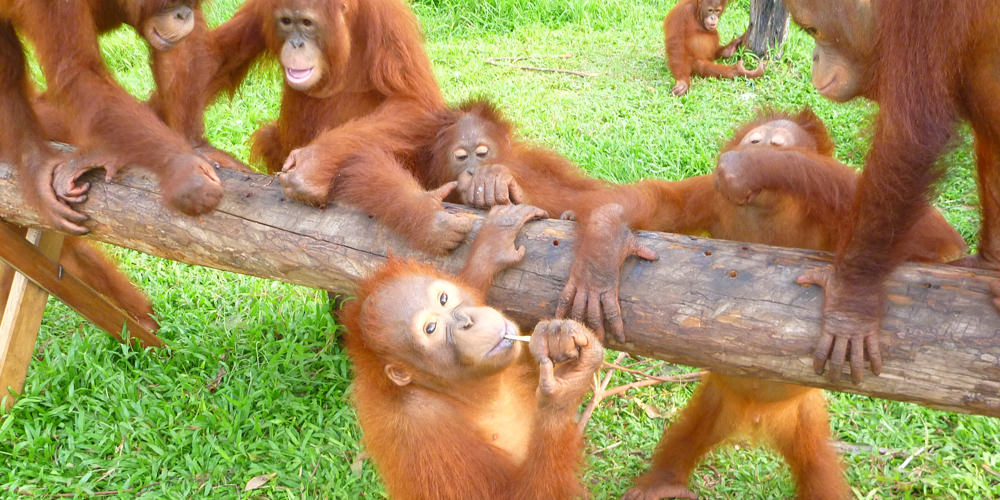 Michelle Desilets is Executive Director of the Orangutan Land Trust, an organisation that seeks to ensure the long-term survival of orangutans in the wild by securing remaining habitat. She is a key player in the campaign for sustainable palm oil. Michelle was Founder and Chief Executive of Borneo Orangutan Survival Foundation UK which supports the rescue and rehabilitation of orangutans.

With so many threatened species, how did you come to devote your life to orangutans?

To be honest, my first love was actually the mountain gorilla! But in 1994, I joined a volunteer tour to “study” orangutans in Borneo (Indonesia). While there, I met a tiny, emaciated orangutan orphan kept in a cramped cage behind a ranger’s hut and he stole my heart. I cried my eyes out every night thinking of him shivering and frightened in that wire cage. Eventually, Somalia was removed from the cage and I, along with a series of other volunteers, nursed him back to health 24/7. He was joined by 3 other young orphans, and I used to sleep on a cot with 4 baby orangutans in drooping nappies clinging to me throughout the night.

Realising that the rescued orangutans were only the tip of the iceberg I had to do more. Not only did I have to speak for them, I had to explore solutions that addressed the threats to the thousands of orangutans I shall never have the privilege of meeting.

You’ve been visiting Borneo for 20 years. What changes have you observed over that time?

Over the past 20 years I have seen a lot of changes in Borneo. Not surprisingly, a great deal of forested area has been converted to oil palm. Logging, both legal and illegal continues as well. And as the population grows, both to drive these industries and for other opportunities opening in the region, more settlements are created, roads built and cities expanded. The capital of Central Kalimantan, Palangka Raya, (near to the Nyaru Menteng project) has really changed a lot on the last few years especially; shopping malls, hypermarts and cinemas now serve an increasingly wealthy population. Every time I visit, there are new buildings going up, luxury hotels opening, roads being widened. There is little doubt that palm oil has a lot to do with an improved economy in the region.

How do you rank the major threats to orangutans?

Today, the number one threat to orangutans is the conversion of their habitat for oil palm. Logging, both legal and illegal also are a significant threat but not at the scale of the clearing specifically for oil palm. Hunting (which is made easier as a result of these activities) also is being increasingly seen as a threat. And finally, hunting of orangutans to capture an infant for the wildlife trade continues to be a problem. This always results in the death of the mother who will never give up her baby.

How are you able to secure forest areas?

Securing forest areas can be achieved in many ways. While legally speaking, orangutans and their conservation are the responsibility of the government, it is the NGOs that must pay all costs associated with the rescue, care, rehabilitation and release of orangutans, and this includes paying for the lease of the forest into which they are to be released! To secure a 60 year lease, we must pay approximately $15 USD per hectare (the lease is renewable at the end of this term). Of course there are many other costs associated with managing and restoring the area which add significantly to the budget. In other cases, it may be a matter of trying to change land status and affect spatial planning.

Another project we are working on is to secure a large river island that can be used as the penultimate stage in the rehabilitation process (“Orangutan University”) as well as for permanent sanctuary for otherwise unreleaseable orangutans. For this, it is a matter of paying the local community and their regional government a substantial fee for land-use rights in perpetuity, but the land remains community land. 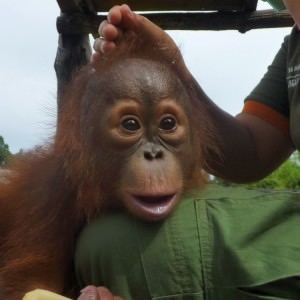 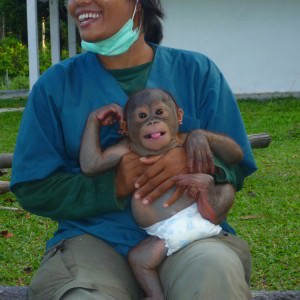 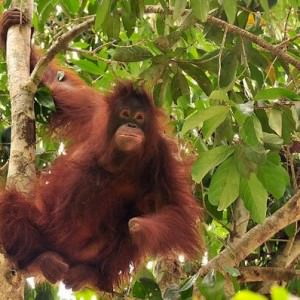 What drove the creation and growth of the Roundtable on Sustainable Palm Oil (RSPO)?

The RSPO was developed by NGOs and the industry together to address the real impacts of conventional production of palm oil. There is little doubt that campaigns like ours and other NGOs such as Friends of the Earth and Union of Concerned Scientists made people all along the supply chain nervous about their part in what was being revealed. The graphic images of orangutan victims in the plantations caught the world’s attention and were difficult to ignore. I think different stakeholders may have gone into the RSPO with slightly diverse motivations, but ultimately there is a shared vision that palm oil can and should be produced as responsibly as possible.

What are the prospects of creating a palm oil industry that no longer poses a threat to natural habitat?

Since conventional production of palm oil represents the single greatest threat to the survival of the orangutan, the most important step we can take in order to save the orangutan is to ensure that this growing industry does not develop at the expense of the orangutan and its habitat. And this is indeed possible. World Resources Institute, through their Palm Oil Suitability Mapping Tool, have identified some 14 million hectares of non-forest land in Borneo alone that may be suitable for oil palm, which far exceeds projected requirements for expansion in that area.

It is important to point out that palm oil today is the highest yielding oilseed crop. On average, its yield is about 9 times that of the next highest yielding: soya. And if you consider maximum yields of palm oil vs maximum yields of soya, this results in as much as 20 times greater yield. In other words, if we were to replace palm oil with another oil, we could be facing deforestation rates for oils 9 to 20 times that of what we see today. This is one reason why OLT does not support a boycott of palm oil. We are not against palm oil; we are against deforestation for palm oil.

What proportion of the Orangutan Land Trust’s efforts are directed to protecting remaining habitat as opposed to the rehabilitation of rescued animals?

Most of our work is with protecting the remaining habitat of orangutans so that they do not need to be rescued, or worse, that they perish. And this means me spending a lot more time in windowless meeting rooms in high-rise office buildings in Kuala Lumpur, Singapore and Jakarta trying to do everything I can to persuade the players in a huge global industry to embrace sustainability, and much less time amongst my beloved furry friends.

What are the most effective things that people in the main consumer countries can do to support orangutan survival?

This is a (very) short extract from the full interview in which Michelle provides detailed answers to many other questions. It contains a description of the fate of many orangutans that some readers may find disturbing, but is recommended reading for everyone with any interest in the complex issues associated with palm oil production and consumption, habit protection and the future of orangutans. It can be downloaded here (PDF).

See also: Why Boycotting Palm Oil Is Not The Way To Save Orangutans 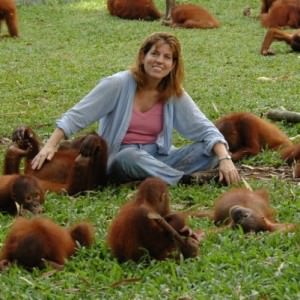 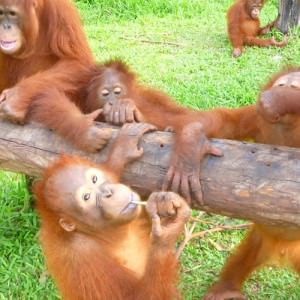 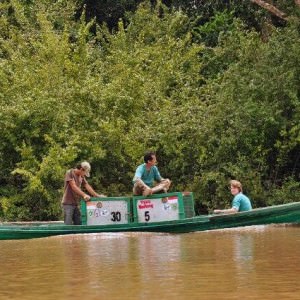