It’s been a busy few months for all of us at Pollinate Energy.

We’re an Australian-Indian social business, and since commencing operations in February 2013 we have:

So what was the inspiration for Pollinate Energy? The enterprise grew after our co-founders witnessed the largest blackout the world has ever seen in India in July 2012. The news ricocheted worldwide, but what was left unseen, unreported and largely undocumented was that, for 300 million Indians, this was nothing out of the ordinary. These 300 million exist in energy poverty, and their lights go out every time the sun sets.

In urban slum communities in India, people often have nothing but a dangerous, dirty and environmentally unsound kerosene lamp to illuminate the darkness once evening sets in. This is a less than ideal solution to a problem that, for most of the world’s population, was solved a long time ago.

Cue: Pollinate Energy. By training up local Indian entrepreneurs (known as “Pollinators”), and arming them with the necessary equipment, business know-how and skills to distribute solar products in urban slums, Pollinate Energy has installed over 2,600 solar systems in urban slum households. We have reached over 12,000 people, saved 3.4 million rupees (A$61,200) in kerosene costs and avoided the emission of some 156 tons of CO2.

Not only does this provide customers with a much more flexible lighting environment and a safer space for them and their families to live, but it also affords users the chance to power other electronic items such as mobile phones. This simple solar technology is a gateway to development: it allows children to study at night and parents to have more flexible work hours, whilst also reducing the enormous health and safety risks of kerosene usage and the risk of violence in communities. The financial payoff is pretty big too: one of our solar light systems costs the same as five months’ worth of kerosene but has a working life of five years.

It’s therefore unsurprising that the take-up rate for Pollinate Energy’s services has been so high, and this demand is only going to increase. There are big incentives for the developing world to go solar: the rising cost of kerosene, the reduced cost of solar and the roll out of new solar business models. Given that over 3 billion people in the world earn between $2-10 per day, the market for off-grid, cheap solar is truly enormous.

The Pollinate Energy model, with its ability to deliver widespread social and environmental benefits in a financially sustainable manner, has the capacity to draw in multiple stakeholders through its bottom-up approach. By utilising micro-finance, some incredibly nifty solar technology and no small amount of local knowledge, it catapults some of the most neglected and marginalized members of Indian society to the forefront of the green revolution as they leapfrog old, dirty technologies.

Of course, we are delighted to be recognised for our collective efforts. Two UN-sponsored awards in less than two weeks indicate that we are making serious waves in the development, sustainability and renewables communities. The first award was the SEED Low Carbon Award for social and environmental enterprises that focus on mitigation and adaptation to climate change. The second award honoured us as one of the “Lighthouse Activities” – the most practical, scalable and replicable examples of what people, businesses, governments and industries are doing to tackle climate change.

One of the integral elements of our operation involves the education and exposure of both young Indians and Australians to the fight against energy poverty and the world of social business. We run programs for Australians and Indians to develop their entrepreneurship and business development skills by helping Pollinators start up their solar business.

So what’s next for Pollinate Energy? In early 2014 we will expand to Hyderabad, followed by Chennai later in the year. Eventually we see Pollinate operating in every tier one city in India, providing clean and affordable energy to tens of millions of people. 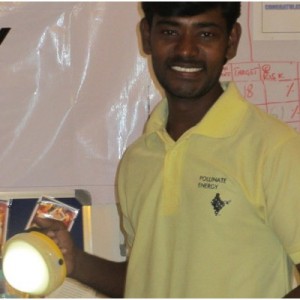 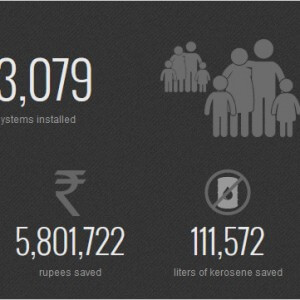