Where is the Global Sustainability Movement? Is there such a thing as a Global Sustainability Movement? A movement represented by a single, widely recognised, well-funded and activist body that crystalises the efforts of the millions of people and the thousands of smaller organisations committed to the goal of providing Earth and its living cargo with a sustainable future? Most importantly, is there a body that is capable of coordinating meaningful action?

If there is I’m having a hard time in finding it, and I’m not the only one.

It’s not as if there is any shortage of organisations with this ambition. The New Economics Foundation’s purpose is “…to bring about a Great Transition – to transform the economy so that it works for people and the planet.” Ceres’ vision is “to build a sustainable global economy for the well-being of people and the planet”, and The B Team seeks “…a world in which the purpose of business is to be a driving force for social, environmental and economic benefit.” Its mission is “to deliver a ‘Plan B’ that puts people and planet alongside profit.” Sounds like “people and planet” is the phrase de jour.

There might be a “movement” in spirit, but in practice it is fragmented and inefficient. We have thousands of individual voices all singing their own variations on a theme to their own small audiences when what we really need is a big choir singing (pardon the cliché) from the same hymn sheet.

But the UN largely operates through the actions of governments under processes that are slow and cumbersome. This isn’t just a problem for us impatient advocates for action. It’s increasingly a problem for the planet itself.

So where to look for inspiration?

A couple of organisations come to mind: Amnesty International and the International Committee of the Red Cross. They command widespread recognition, are respected across political and religious divides, have large numbers of members and supporters, and are capable of raising substantial amounts of money to fund their operations. Mind you, they have had time in which to build their reputations – they date from 1961 and 1863 respectively. Also working in their favour is that most people would consider their motives to be pure and their causes good. How many people oppose basic human rights, protection for the victims of war and the provision of aid to the victims of natural disasters? 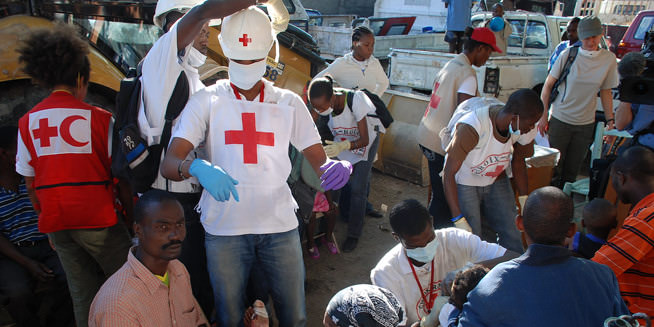 Could a global sustainability organisation learn the fame and respect accorded to the Red Cross/Crescent? |Image: IFRC / Eric Quintero via Flickr under Creative Commons

One lesson for the sustainability movement then is to develop an agenda that can be presented as a universal good. With most economists and governments still pursuing infinite economic growth, and with billions of people devoted consumers, that may be no easy thing. With the global economy utterly reliant of fossil fuels, it’s easy for big oil, gas and coal companies to not only present themselves as the good guys, but to believe it too.

Another thing helping Amnesty and the Red Cross is that their goals are clear and easily understood. The release of one political prisoner in Vietnam and the delivery of medical aid to a Syrian refugee are easy for people to visualize. Transforming the economy to benefit people and planet is a task that I suspect most people, even those who are seeking such a thing, can’t really visualize.

In the environmental area, this is a lesson that has been learnt by Greenpeace. Their focused campaigns and action-based, even confrontational approach have made them a household name, albeit one that may not enjoy universal admiration. It’s a similar story at 350.org, which is a good contender for the title of the organisation that is doing the most to coordinate global action on climate change. It runs clear, easy to understand and often short-duration campaigns. There is also a defined leadership which, while building a grass roots movement, does so in a top-down way. On the corporate front, we now have We Mean Business, a “coalition of coalitions” that aims to “catalyze bold climate action”. 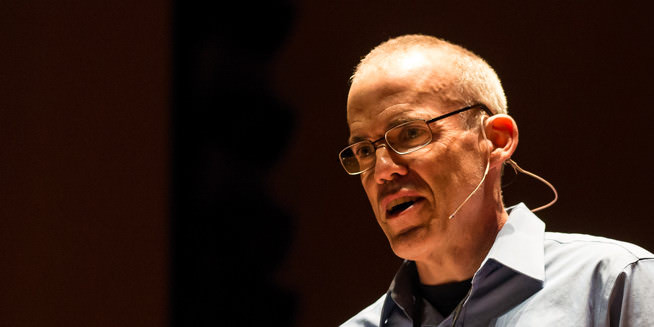 But there is much more to sustainability than climate change, saving whales and blocking arctic oil drilling. And whilst Greenpeace and 350.org can achieve much from a relatively small supporter base, an effective global sustainability organisation is going to need support from a much wider range of businesses, individuals, governments and other organisations.

Somewhere amongst the higher profile sustainability organisations there must be one that can harness the resources and passions of all the rest. Maybe it’s the B Team, though it seems to have stalled. Or the Ellen MacArthur Foundation or Ceres. Or maybe it will require a new coalition of the multitude of existing organisations.