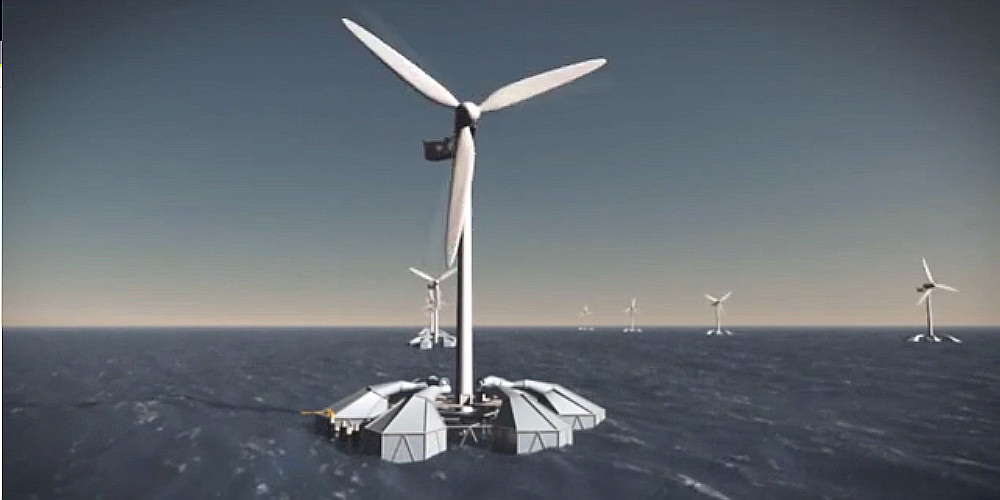 A platform for power

Global Renewable Solutions (GRS) aims to make the most of the infrastructure required by wave energy devices. As Technical Manager Eoghan Quinn describes it, “the Power Platform is a large scale device that will have the capability of operating six Oscillating Water Columns rated at 1MW each plus a 3MW wind turbine”.

Structurally, the Power Platform is similar to oil and gas platforms that are floated out to the deployment site and ballasted onto the seabed. With no moving parts below water it has been designed around marine life development. To gain some idea of the scale of a Power Platform in the diagrams, the diameter of the 3MW wind turbine rotor is around 90m.

“The device has been designed for water depths of 25 to 30 metres,” says Eoghan. “Interconnection cables cost around $1 million per kilometre so we want to be close to shore.” That near-shore location and the inclusion of a wind generator on each platform lead GRS to forecast a very low cost of electricity of around $25/MWh for its first proof of concept.

GRS began life as Marine Power Technologies, and although it has Australian origins (hence its inclusion in our collection) activities are currently focused on Ireland. The project has a site confirmed with the Irish Government and all planning aspects are near finished. “The substation is due to be finished by the end of 2015 followed by our deployment in 2017,” says Eoghan. “We are currently in the detailed design stages and combining our results from intensive testing with site characteristics.”

GRS has received private investment so far, and operates with minimal staff. “We see ourselves as integrators rather than developers,” says Eoghan. “Most of our work on engineering, numerical modelling and testing has been contracted out to market leaders.”

While the expectation of Irish government funding is one reason for moving north, another was the problem of site permitting. Eoghan says that GRS based its first concept on a development in Portland, Victoria, but there was a lack of policy framework for site development. He points to the Hawaii Wave Energy site as a more helpful model for wave energy development. “It has the potential to fast track certain aspects. The government looked after the permitting, site preparation and cable installation, and on completion the site was open for developers to apply for a lease.”

Ireland seems to be emulating this approach. It’s something Australia should take note of too. 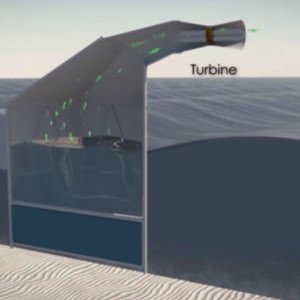 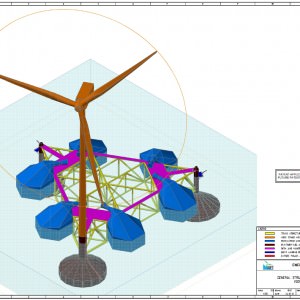