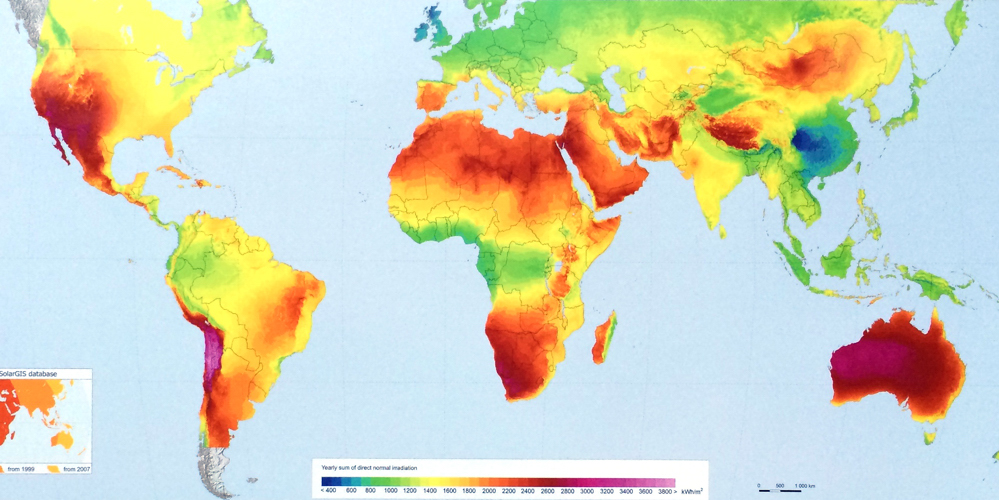 The Solar 2014 and Energy Storage exhibitions got off to a flying start in Melbourne this morning.

Amidst the pack of solar panels and inverters there were two stand-out themes this year: micro-inverters and energy storage. The latter is hardly surprising given it had an exhibition to itself, but storage was also well-represented amongst the solar companies. There was also a good mix of industry associations and not-for-profits.

Such was the crowd around the Zero Motorcycle that it was hard to get close, but there were plenty of other good conversations to be had.

Amongst the micro-inverter offerings was Australian Micro Inverters. Aside from the advantages that micro-inverters offer in terms of shading and flexibility in orientation, if any panel develops a problem the owner receives an email identifying which one. I was easily distracted by Slovakian company GeoModel Solar’s maps of solar irradiation (lots of pretty colours). The global map contains quite a few surprises, and while we all know that Australia fares well in the sunshine stakes, it is amazing to see just how well. Of more practical application is the amount of data GeoModel Solar can supply along with a suite of tools to help in locating and monitoring solar power stations. 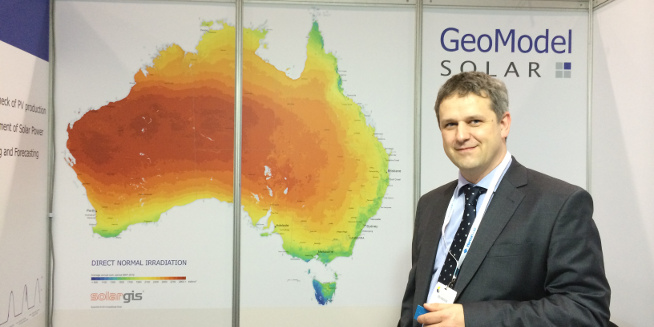 As a reminder than not all energy storage needs to be based on batteries, Cryogel from France uses encapsulated ice to help shift energy loads for cooling from peak to off-peak times. Technically simple, Cryogel claims a thermal energy storage capacity of 45 kWh per cubic metre, and can achieve tens of megawatt-hours of storage in a single tank. 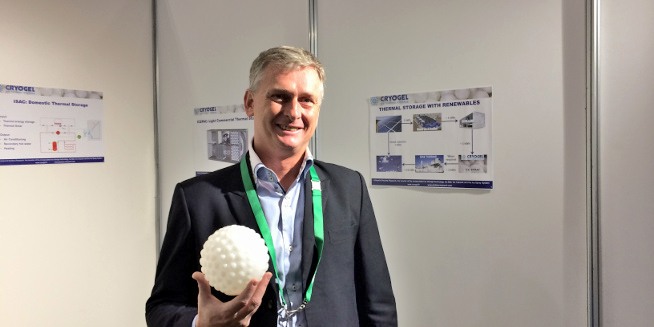 Beyond Zero Emissions was promoting its plan for a zero carbon economy, and has on display a scale model of the Ivanpah solar thermal power plant. It’s quite a feat of patience with thousands of tiny “mirrors” meticulously placed. 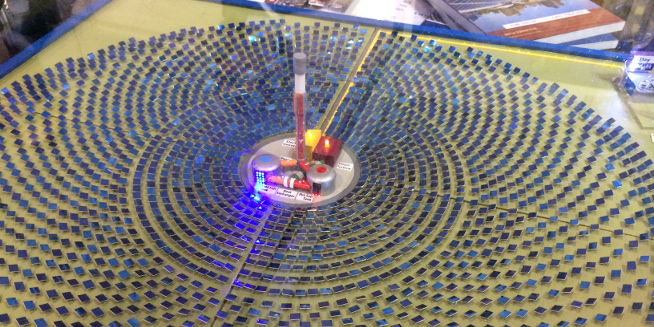 The very model of a modern CSP plant

The exhibitions run until 5:30 pm on Friday 9 May at the Melbourne Convention & Exhibition Centre.