Sustainability Or Resilience? The Opportunities Remain The Same 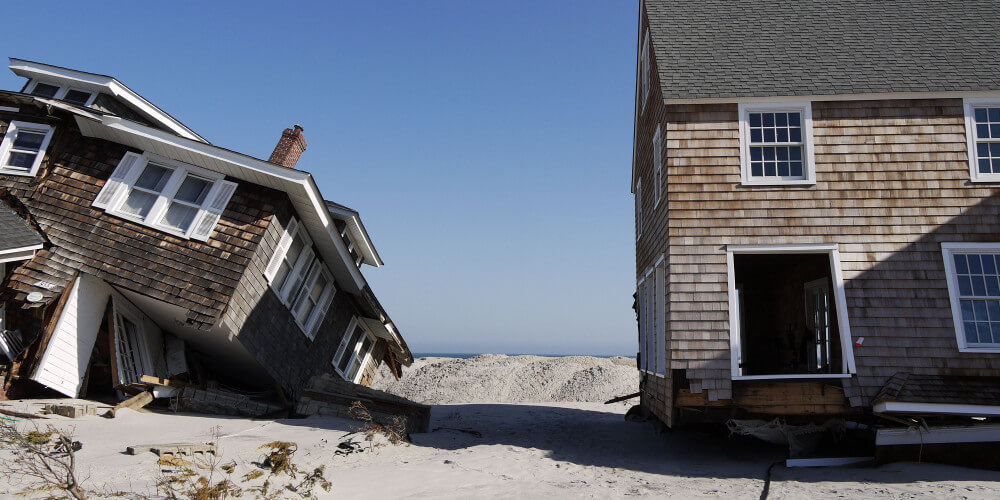 A recent post examined whether it still makes sense to talk about “sustainability”. With increasing evidence that we have set in motion processes that will lead to undesirable and unavoidable change, the focus is shifting from sustainability to resilience and survivability.

I’m not alone in thinking that, as a supposedly intelligent species with a unique ability to predict the consequences of our actions, we’ve failed. Despite growing knowledge and awareness of the threats to our planet’s ability to sustain its living cargo, we continue to destroy healthy and diverse ecosystems. The productivity of farmlands and forests is being further depleted and we continue to pump climate-changing gasses into the atmosphere.

If we can’t sustain what we presently have, maybe we can still show that we have the intelligence to achieve the least bad outcome (LBO).

If the focus shifts from a vain attempt to achieve an unattainable vision of sustainability, what are the implications for business? In the short term, it probably doesn’t make much difference. That’s because many of the activities being undertaken by enlightened, sustainable businesses are the same if the goal is resilience or the LBO. Here are a few.

I doubt that I was the only one struck by the irony of coal mines in Queensland being flooded by exceptionally heavy rains. The flooding cut production and coal exports substantially. It would be nice to think that this was a negative feedback mechanism that the Earth automatically kicked into action, but that’s unlikely.

Achieving the LBO is highly dependent on us massively reducing our greenhouse gas emissions, and if that isn’t achieved via a massive drop in living standards, then renewable energy looks like being the lowest cost way to do this. Renewables make up a minor fraction of the current energy mix, and whilst much of the technology is maturing, there’s still plenty of scope for businesses to enter the field. Another point to note is that the distributed nature of renewable energy generation also helps to make the electricity supply more resilient.

Long touted at the easiest, most cost-effective way of reducing emissions, energy efficiency will be a big player in the future economy. New buildings face ever tighter energy efficiency standards, but there is a huge stock of old energy-devouring buildings out there. Improved insulation, window shading, changing the light bulbs and upgrading heating and cooling systems not only reduces emissions, but the savings in energy costs often provide a quick payback to the building owners. At the moment there are probably more opportunities in this area than current practitioners can service.

It’s simple really. Keep on digging stuff out of the ground and it will eventually run out. Then the only sources of many critical materials will be from waste of one sort or another. The mining of old landfills is already underway, but it makes sense to collect and sort old equipment before it gets dumped as mixed waste. Recycling rates vary according to the type of material and where it is, but a lot of valuable resources still don’t get recycled.

It will be interesting to see what the future drivers are for recycling of different materials, but a lot of your junk might soon acquire unexpected value. That will open up additional business opportunities to develop new technology or get involved in the many parts to the logistics process.

Fresh water might be a renewable resource, but in many places it is being extracted at a faster rate than it is being replenished. So it’s a pretty safe bet that we will need new, cheap and energy efficient ways to treat and purify water. It would also be a good idea to develop delivery systems that don’t require the production of billions of single-use plastic bottles.

There are many threats to the survival of a large fraction (Thirty percent? Fifty percent? Ninety percent?) of the species currently on Earth. Climate change will see entire habitats disappear and ocean acidification is expected to kill off many shell-building animals. Of course, simple deforestation and advancing urbanisation are also doing their fair share to destroy habitat and send entire species extinct. We can expect to see an impoverishment of species before new ones evolve to occupy the new niches human activity creates.

Species preservation might generally be associated with the public rather than the private sector, but as the number of species dwindles this boundary will become blurred. And publicly-managed initiatives still require the resources and products that are generally provided by the private sector.

If we had taken effective action on the sustainability front ten or twenty or forty years ago, then we would most likely be looking at a “least bad outcome” that would have been considerably better than the outcome we might yet achieve. The longer we delay, the bigger the changes we need to make to our way of doing things, even to achieve a lower long-term standard living.

But with change comes opportunity. Despite the discomfort that some people might feel in profiting from the misfortune of others, the creation of resilient communities and learning to live with climate change will generate new business opportunities. And therein lies a challenge for new and established businesses alike. How will they respond to the threats posed by climate change? What technologies will be developed in the face of resource shortages? In 2050, who will be the equivalents of today’s Apple and Google, and yesterday’s Ford and General Motors?

My guess (or my hope) is that tomorrow’s corporate giants will be engaged in the task of doing positive good for the world by employing  technologies that haven’t even been thought of yet.