What Does It Take To Shut Down A Power Station? 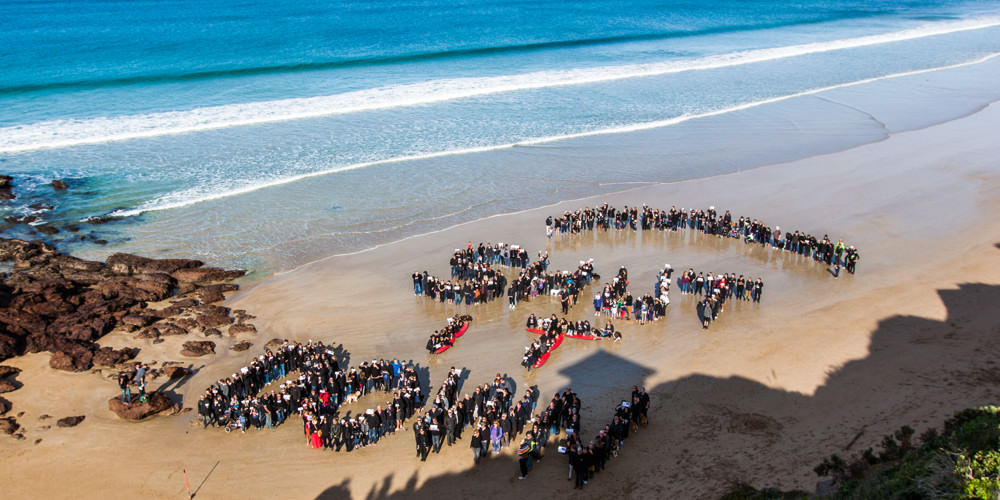 What do you do with a 45 year old brown coal power station that produces high levels of air pollution, is located just 1,200 metres from a primary school, and was built solely to generate electricity for an aluminium smelter that has now closed?

The obvious answer, of course, is ‘shut it down’, but that’s not the case with the Anglesea Power Station.

No reason to exist

The power station and adjacent coal mine sit near the Victorian seaside town of Anglesea and were built by Alcoa to supply 40% of the power needed by the Point Henry aluminium smelter. The smelter ceased operation mid-2014, but Alcoa applied for and was granted a licence to sell electricity to the National Electricity market. At first glance it looks like the deal of a lifetime. Alcoa pays approximately $4,000 a year in rent on the mine and around 30 cents per tonne of coal. Alcoa plans to sell the power station, and it is anticipated that the generous financial arrangements will pass to a new owner.

Unsurprisingly, the locals are not happy. In 2009 they formed Anglesea Air Action, which later became Surf Coast Air Action (SCAA). The initial aim was not to close the power station, but simply to get Alcoa to clean up its act. SCAA’s view was that cleaner generation would actually support the ongoing operation of the Point Henry smelter. Now with the smelter closed anyway, the focus has turned to shutting down the power station and rehabilitating the mine site. It’s a course of action supported by over 80% of surveyed Anglesea residents and many of the thousands of holiday makers who visit the town each year.

The primary concern is air quality. According to data provided by Alcoa, sulphur dioxide levels in the town approach 200 parts per billion (ppb) at least ten times each month. That’s within the maximum permitted by Victoria’s aging air quality regulations, but more recent guidelines in the US set the limit at just 75 ppb.

Local medical practitioner and SCAA member Dr Cameron Shaw points out that Alcoa’s sulphur dioxide measurements are only published monthly, and as an odourless and colourless gas, it isn’t possible for residents to identify a bad air day. “That doesn’t touch on the extensive list of additional pollutants recognised as toxic but not monitored for in the local community,” he adds. “Chief amongst these is fine particulates that are recognised in mainstream medical literature as contributing to 3,000 deaths per year in Australia.”

That doesn’t mean there aren’t concerns about carbon dioxide emissions, but at 150MW the Anglesea Power  Station is just one tenth the size of Victoria’s (and one of the world’s) dirtiest power stations, Hazelwood. Even so, Anglesea emits 1.2 million tonnes of carbon dioxide to produce electricity that is now not needed. As Cameron observes, “If our policymakers are not even capable of shutting down this small, outdated and obsolete, grossly-polluting and entirely unnecessary power station, what hope do we have of mitigating our CO2 emissions on a broader scale?” 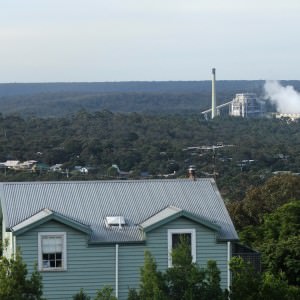 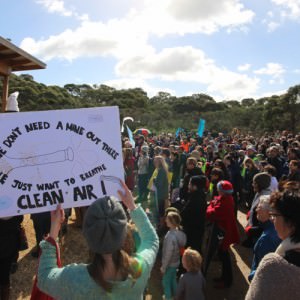 It took time for SCAA to get the ball rolling. None of the members were experienced activists, and Alcoa’s regular small donations to local community groups and sporting clubs meant that many people didn’t want to make a fuss. That changed dramatically with the announced closure of the aluminium smelter. With no reason for the power station to operate, SCAA’s campaign is now representative of the views of the vast majority of the Surf Coast community members. The campaign also enjoys the support of the Surf Coast Shire Council.

The future the Anglesea Power Station is out of SCAA’s hands, but there are grounds for confidence. SCAA made major submissions to the Senate Air Quality Committee of Enquiry and to the National Environment Protection Measure review of air quality standards. If sulphur dioxide emissions standards are tightened, it will most likely make the power station unviable. SCAA has also contacted potential buyers, several of whom have publicly ruled themselves out as potential buyer.

Back at the coal face, potential purchasers know that they will be in for a hostile reception from the community. Add in uncertainty around future environmental regulations and the viability of the coal industry itself, and the power station may not look like such a good buy.

“It’s inevitable that the power station will close at some point,” says Cameron. “It’s just a matter of when. SCAA has made a very strong case for this to occur as soon as possible, in recognition of the gross imbalance between harm and benefit for the local community.”

Anglesea Power Station by the numbers

The coal in Anglesea has good thermal qualities compared with other brown coal, but contains 3% sulphur.

Visit SCAA’s How you can help page.