There are more than 10 million hectares of banana (including plantain) plantations in the world, and on average each year each plant grows a new trunk. After its sole bunch of bananas is harvested, the trunk is cut down and left to rot.

That trunk is packed with fibres that run its full length. This gives high strength to the products that can be made from banana trunks including paper, fibreboard panels of various densities, and decorative veneers. Banana fibre products are resistant to fire, water and UV. The trunks can be processed at the plantations without the use of chemicals, and the only by-product is water that can be used for irrigation. A mass switch to banana fibre would take the strain off forests and reduce greenhouse gas emissions. All in all, it sounds like the dream resource.

Papyrus Australia thinks so, but it has taken a long time to realise the Company’s  goal of a banana revolution.

Established as a private company in 1995, Papyrus Australia Limited listed on the Australian Stock Exchange in 2005 in order to raise money to fund its R&D activities. All up that’s seventeen years of effort, the results of which are only just now coming to fruition.

Founder and Managing Director, Ramy Azer, was a self-confessed tree hugger with a practically minded grandmother. “It isn’t enough to hug and save a single tree,” she told him, “you need to do something.” So Ramy set about developing the machinery and processes to turn banana trunks into paper.

Unfortunately, after years of work it became apparent that the small company did not have the resources to fund the hundreds of machines that would be necessary for production on the scale required to make it a viable player in the paper industry.

“In 2008 we realised we were in the wrong game,” explains Company Chairman, Ted Byrt. “We weren’t moving forward as a producer, so changed direction to become a licensing company.”

It was also at this point that the focus for technical development shifted from paper to fibreboard panels and veneers. Future revenue will come from sales of the banana veneering and fibre production machines, built by fully-owned subsidiary The Australian Advanced Manufacturing Centre Pty Ltd, and from fees for the licenses to operate the machines.

To demonstrate what’s on offer, a processing plant that can handle 100 banana trunks per hour was built within a banana plantation at Walkamin in Queensland. The facility has generated a great deal of interest, but no local orders so far.

“Everyone in the Australian banana industry knows about us,” says Ted, “but nobody wants to go first. They all want to see the technology operating on a commercial scale, so we started to look at other banana growing countries.”

That search led them back to Ramy’s native Egypt, where banana fibre has several things going for it. “For one, there aren’t any forests in Egypt,” notes Ted. However, there is a large panel manufacturing industry, with much of the fibre coming from sugar cane bagasse, and the tree-free nature of the Egyptian product makes it appealing to the environmentally-aware European market.

“We already had a partner in Egypt that was applying our veneers to their fibre board,” says Ted, “and they wanted to set up a joint venture with us to develop a full scale production facility.” This includes substituting bagasse fibre with banana fibre in the panel component. “Egypt has a banana crop that is ten time the size of Australia’s, so there’s no shortage of raw material.”

A 50:50 joint venture company, Papyrus Egypt, was duly formed, and a new factory building is nearing completion in Sohag in Upper Egypt. The land was provided by the local governate, and the joint venture is on track to release funding from the Egyptian Government’s Social Development Fund.

Reducing costs in the Americas

Papyrus Australia is also working with a Dutch group to develop the world’s first banana fibre transport pallets. The “yellow pallet” project is aimed at Central and South American banana growers who currently face high costs for pallets produced from forest timbers. “There is real potential here,” says Ted. “Attempts to produce pallets using wood chips were unsuccessful because the wood absorbs water and the short fibres create a weak brittle  product. These are the precise areas where banana fibre excels, and two companies have paid deposits on pallet production machines.”

Focused on the short term

Papyrus Australia is fully focused on getting the Egyptian and Yellow Pallet projects into production, with proceeds from the sale of machinery to these ventures critical to the future of the Company. Having product on the market will also help to open minds to the wider potential of banana fibre, and already a large Philippine banana company is investigating the possibility of making their packing boxes from banana fibre and veneer.

Research also continues on expanding the range of products that can be made from banana trunks, with fibre being made available to a range of research groups. One promising product is a panel made purely from banana trunk fibre. It contains none of the toxic glues associated with conventional fibreboard.

With forests under pressure around the world there is a strong impetus to find more sustainable sources of fibre. Papyrus Australia has demonstrated the myriad ways in which banana trunks can alleviate this pressure, and hopefully it won’t be long before many more industries start to go bananas.

Entities associated with the author own shares in Papyrus Australia Ltd. 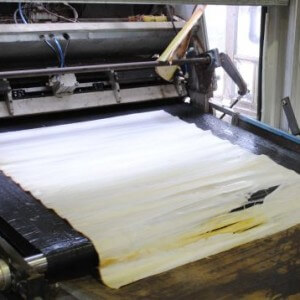 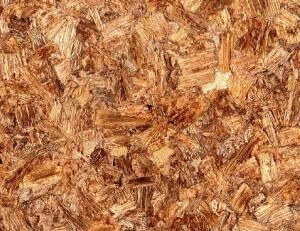