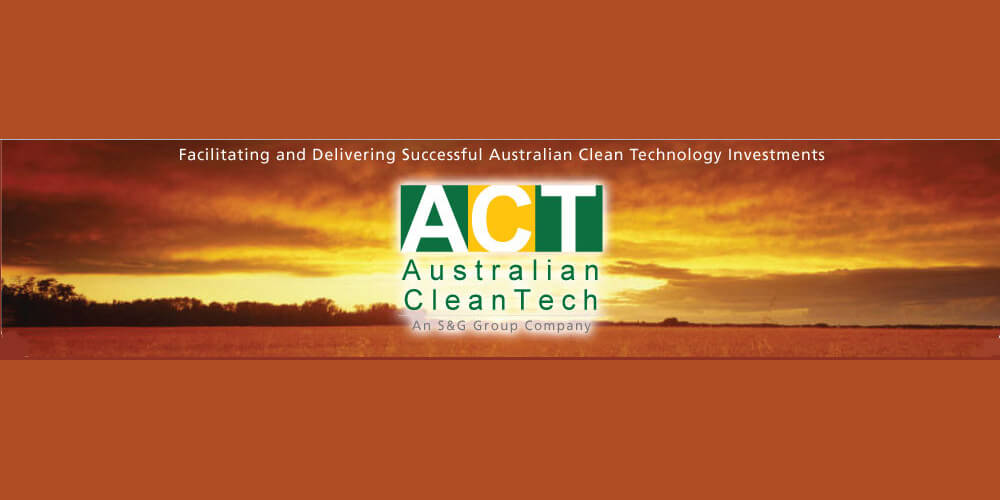 John O’Brien is the founder and Managing Director of Australian Cleantech. As well as connecting investors with Cleantech opportunities, he facilitates the Australian Cleantech Network. In this interview he shares his story, reveals some of his favourite Cleantech success stories, and explains why he is optimistic about the future of the planet.

What does a typical day in the life of John O’Brien look like?

There is no such thing as a typical day; I do so many different things. One of the joys of working outside of the constraints of a large company is that I am able to be involved in such a diverse range of activities: developing new ideas and growing my own business, working with emerging technology companies, helping large investment funds, sitting on boards and councils, advising governments of industry development initiatives and forging investment and technology transfer opportunities with Asia.

What lead you down the cleantech path?

I come from a large family that contains both entrepreneurs and those focussed on social welfare issues and I knew for a long time that I wanted to be able to harness the power of money and profits to achieve society wide benefits. Working in the corporate world was great training but a focus solely on increasing shareholder wealth was, to me, not enough of a reason to want to work hard. The transition to my own company and control over my own destiny has been hair-raising at times but has certainly been worth it. It is not an easy path though and maybe only suits those with tolerant partners, incredible stubbornness and able to survive on not much sleep!

You have worked on many cleantech projects; how do you see the status of sustainability across the broader corporate sector?

Sustainability is still largely seen as a ‘nice to have’ within the corporate world. Larger companies are reluctantly improving their performance on the basis of enlightened self-interest, but few if any see the real potential in building long term value for all stakeholders through deep integration of sustainability in all its meanings into all decision making. The transition has been made harder by the vocal and generally ill-informed debates on the merits of climate change actions and other ‘greenie’ stuff. There are also some very prominent senior business figures that appear to see this as a left wing conspiracy that will overthrow their way of thinking that made them successful, rather than just the next stage of evolution of a society that can now afford to look after its environment a bit better. So things are slow, but, in the same way we don’t notice our kids growing, things have moved a long way over the last ten years and will continue to do so.

How healthy is the cleantech investment sector at present? Has the GFC left a hangover of risk-aversion amongst potential investors?

Investment in cleantech is generally very weak, although there has been good progress in a few particular sub-sectors such energy efficiency, recycling and water technologies. There also of course has been strong if volatile growth in both wind and solar. There are a few groups interested in the sector in Australia but we have been working hard for the last few years to connect with investors in China and Korea that are keen to invest in Australian technologies and then to facilitate their market entry back into their home countries.

What is your favourite example of a successful sustainability project or initiative?

A recent example that has come through the Australian Cleantech Competition that we run on behalf of the Department of Industry is a company called CINTEP and its recycling shower that saves 70% of energy and water. Its primary market is hotels but it was recently contacted by the US Army to start trials to see if the product could reduce water use on the front line and hence reduce water convoys and their associated deaths.

Other favourites include some of this year’s competition finalists such as:

Z-Filter – Z-Filter, separates solids from liquids, by trapping them inside a single, zippered, filter element a ‘Sock’.

What is your vision for a sustainable future? What will it look like?

By definition, the future will be sustainable and the human race will continue to adapt to ensure that the negative impacts of its behaviours are reduced and the quality of life for almost all people is improved. There is a great study by the Copenhagen Cleantech Cluster that looks at the future and concludes that the way we will live is currently being shaped by 30 very high growth global cities. These cities are inventing new ways of living to avoid the pollution, congestion and chaos that can be caused by the old way of doing things. This includes new urban environments, improved transport connectivity, stronger community building, distributed water and energy systems, improved resource efficiency and an increasing focus on measures other than just straight economic growth.

The Asian Development Bank recently issued a report on the prospect of Green Growth in Asia and focussed on how developing economies are managing to transition to a better way of growing far more quickly than some of the richer countries that have too many powerful vested interests.

Considering the current state of the planet and prevailing economic attitudes, how likely is it that that vision can be achieved?

Absolutely certain – it is not an either or option. What is uncertain is which countries will thrive and provide many of the solutions and which will be slow to get moving and end up having no local industry and having to import everything. I fear Australia is relegating itself to be in the latter category but, whatever is done by politicians is really only going to be tinkering around the edges of the overall global transition to resource efficiency.

Maybe, to some extent but those that will flourish and succeed will work out ways to utilise the natural environment to create benefits that are maintainable. There will always be those that want a quick profit through exploitation in one form or another, but as communities continue to become wealthy and have time to consider their environment, this will be tolerated less and less and will be reduced through regulation that will be introduced to win votes.

You cover a broad spectrum of services. Do you ever find yourself on both sides of a deal (i.e. advising both investors and investees)? Does this lead to potential conflicts of interest?

It can do, but I am always entirely open with both sides about my role and who I am trying to assist. Much of my work is about making connections between ideas, people and companies, and across countries that others do not see. My aim is to create value for all parties to an extent that everyone is more than happy with any resulting transaction. This is not always achievable but that is always the starting point and almost always creates value for people we work with – even if not in the way that they initially thought they would find it.

Have any fund managers created index funds based on the Australian Cleantech Index?

No, there has been little interest from the funds industry in the sector. We now also publish the China CleanTech Index with a partner in Beijing and are finding that there is good global interest in this stock. We are hoping to push forward with some funds based on this index over the next 12 months.

Are you an optimist or a pessimist regarding the future state of the planet?

Absolutely an optimist! We’ll have a many bumps and hurdles to negotiate, but overall the human race is not entirely stupid so will move towards a more sustainable world over time – even if this takes longer than many would like and causes some unnecessary damage along the way.

To help achieve a quicker transition requires the business and wider community to understand the many many opportunities that the transition is and will generate. Opportunity creates excitement and focus and is a much stronger motivator than fear of possible future adverse impacts. Through opportunity people will act for reasons other than averting disaster and the environmental benefits will become just a handy side-effect rather than the main game.