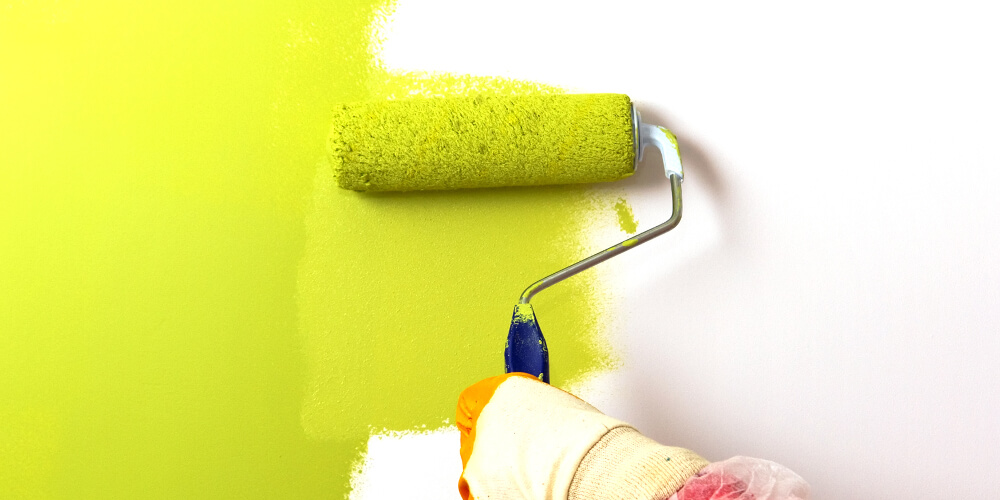 Disappointed with the attitude of the existing trade association to give more weight to sustainability, Daniel Wurm and some other like-minded painters established GreenPainters to promote a better way of painting. In this interview, he explains the why and how.

What was your background prior to establishing GreenPainters?

I ran a painting business in Melbourne called Natural Painting Solutions that specialised in using natural paints. I was a qualified painter who had worked as a volunteer in developing countries, and I also had some teaching qualifications. I promoted natural paints to my customers because they were better for my health and my employees. Also, it gave me a competitive advantage, and I had better customers.

What prompted you to set up GreenPainters Australia? Have you always had a “green streak” or it a more recent development?

I was always interested in the environment and sustainability, even though the concept was not fully developed in my mind. I ran my business as green as I could, and when I saw that sustainability would be the focus of future governments and business I realised I had to become a leader in my industry because of the knowledge I had.

How quickly did you attract members? Was there an existing interest from painters or did you have to work hard to convince painters that the initiative was worthwhile?

There was a core group of painters in each capital city who were all doing the same thing. We tried to convince our industry association that we should promote sustainability. They mostly didn’t want to change and refused to listen to us, so we resigned and started our own program. They recieve a lot of sponsorship from manufacturers, so they were scared to stand up to the big multinationals. At first it was hard going, but now many painters can see that the industry has to change. Some join the GreenPainters program because they think it is a marketing opportunity, some because of the benefits it brings to their health, and some because they really want to make a difference to the environment. I don’t care what their motivations are, as long as they actually change.

What proportion of painters is receptive to your message?

Most painters realise the industry needs to change, but they are scared of being different. They think it’s too hard, or that they will lose business. Now that they can see that over 350 painters have been trained and still have viable businesses they realise it’s just the way they have to go. Also, the government and the building industry are now demanding sustainability.

What impact do you think GreenPainters is having in the market place? Does membership lead to work? Have you been able to measure an increase in awareness of and demand for green painting services?

Most painters who get trained are able to implement the strategies easily. There is demand for their services in Victoria, NSW urban areas, ACT, and Brisbane. WA, Tasmania and SA are lagging behind, but that is partly because the GreenPainters in those areas have not been supported by manufacturers. Also, there is a lack of green education amongst the general public, so we are working with painters in those areas to help them promote sustainability to the consumer.

Is the standard of the painter that is attracted to join GreenPainters different to the average standard of painters out there?

Most GreenPainters are younger, or try to be better educated than the average painter. All of them must be licensed and insured to be listed on our web-site, so yes, they are more highly qualified.

How quickly is the move towards healthier paints taking place? Will they become mainstream or will the market remain dominated by the major brands and their style of paints?

The problem is that the major brands have such a grip on the industry that they can greenwash their products. The fastest growing brands are the eco brands, but they still have a small percentage if the market. But as they become more widely available, and government policy drives sustainability things will change. The most natural paints may never be fully accepted by consumers until there are more Australian manufacturers to bring down the price, or until consumers realise that conventional paints are really just petrochemicals. We can’t go from solvent-based paint systems straight to paints made from renewables. First we have to phase out solvent-based paints, like they have in California and the EU, and then natural paints will have a chance. The major brands are already losing major contracts to the eco brands.

What do you identify as GreenPainters main achievements to date?

We have trained over 350 painters in every state and territory, so 98% of the population has access to the service. We successfully worked with many government departments to get funding for the training. The GreenPainters program has also been adapted for the US market and received Federal Government funding there. Also, we were finalists in the United Nations Association of Australia’s World Environment Day Awards in 2011.

What are your plans for GreenPainters into the future?

We plan to take the GreenPainters program to New Zealand and expand it across the US and Canada. We are also focusing on supporting the existing GreenPainters and making it the number one painting brand in Australia, and eventually the world! We will achieve this by helping the existing GreenPainters improve their businesses. They might have good intentions to be green, but if they can’t get work they will lose interest and give up. So we have to give them a competitive edge. To that end we have recently launched a new web-site www.painters.edu.au where we are developing on-line training and resources for them to use. Eventually the GreenPainters course will be available on-line for any painter anywhere in the world to go green. In addition, I am now turning my attention to creating green skills courses for other sectors of the building industry, for other trades. For me, GreenPainters is just the beginning