Zeobond: Concrete Without The Carbon Emissions 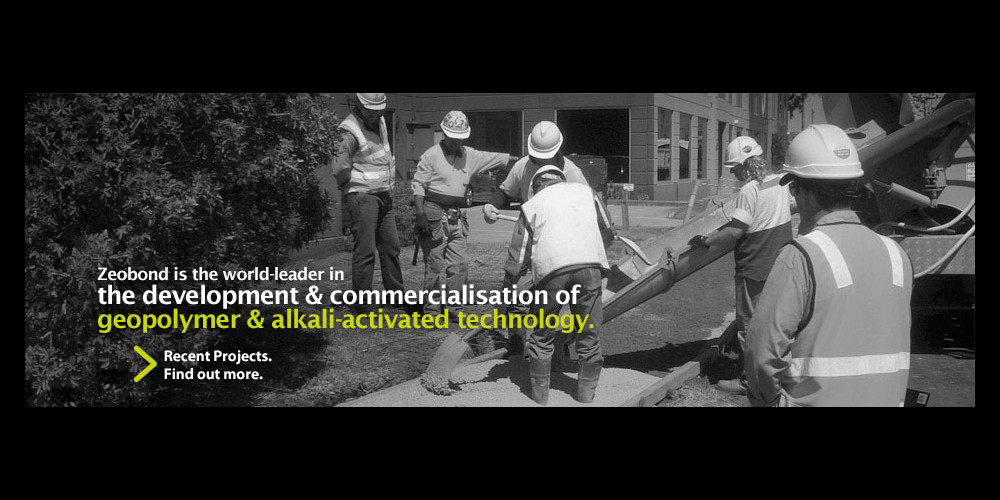 With just 14 employees, Zeobond sits on a solution that could reduce global carbon dioxide emissions by more than a billion tonnes a year. As if that isn’t impressive enough, it uses industrial waste to do so.

Concrete is one of the fundamental materials of the global construction industry. It is made from gravel and sand held together by cement, but cement has a dirty little secret. It is made by heating limestone to high temperatures using fossil fuels, and cement manufacture generates about 5% of global carbon dioxide emissions.

Zeobond’s solution is to do away with the cement. They start with fly ash and slag, waste products from power stations or steel smelters, and add in some clever chemistry to create geopolymer. The result is an 80% reduction in the carbon dioxide emissions that come from the cement component of concrete, and a 60% reduction in the overall carbon footprint of the concrete itself.

Zeobond didn’t invent geopolymer. The basic technology has been around for several decades and is being pursued by many groups. “Anyone can make geopolymer concrete in the lab,” says Dr Peter Duxson, Chief Operating Officer of Zeobond, “but as hundreds of companies around the world have discovered, the difficulty comes in trying to scale up production to commercial quantities.”

Just how difficult? It took Zeobond 13 years of R&D to develop E-Crete, a geopolymer concrete that was launched on the market in January 2008. “We got out of the lab so we could find and address the real problems. Now we are the world leaders in geopolymer,” adds Peter.

The work was lead by Professor Jannie van Deventer, Zeobond’s founder and owner, and benefited from his extensive experience of mining and minerals processing.

E-Crete has some superior characteristics. It is more resistant to attack from chemicals, salt and fire than traditional concrete. However these benefits only make a difference in some niche areas. To make a real difference to the global carbon budget, E-Crete will need to be rolled out in high volume. Zeobond has therefore focused on developing a product that can take on concrete in its core markets – footpaths, slabs and precast concrete panels. With a similar cost to that of conventional concrete, E-Crete is starting to make inroads.

Zeobond takes a measured approach to its growth, working closely with its production partners. Australian production of E-Crete is increasing by an order of magnitude each year. Even so, the Green-minded builders that are queuing up at Zeobond’s door don’t always see their demand met. “We want to make sure we deliver on our promises and don’t get ahead of ourselves,” says Peter. “Sometimes this means we will only take on a relatively small part of a large project – the footpaths, for example, rather than the whole building.”

Given its advantages, some customers are disappointed that E-Crete looks just like ordinary concrete. As Peter points out, the resemblance is entirely intentional.

A switch from cement to geopolymer concrete won’t happen over night. For one thing, the standards that govern the use of concrete are all written on the assumption that it has to contain cement. Work on new standards that encompass geopolymer has commenced, but will take time. Progress has been made locally, with Vicroads approving E-Crete for their projects. This endorsement by a respected body has been important in Zeobond’s entry into markets in the Middle East.

There are also minds to change as project engineers and other industry stakeholders get used to the idea of using something new. Traditional concrete is good at its job, so a compelling reason for change is required. That reason will most likely be E-Crete’s low carbon emissions.

E-Crete has been well received by concrete producers, though it may face some stiff competition from a cement industry reluctant to lose market share. The other major impediment to rapid roll out is the cost of the necessary infrastructure. “With a product like concrete, the costs of scale-up are linear,” says Peter. “Producing twice as much E-crete requires twice the plant and twice the trucks to deliver it. E-Crete production can be integrated into existing concrete manufacturing plants, but modifications are required. Given that E-Crete does the same job as normal concrete, most concrete plants can’t justify the expense.”

This means that the adoption of E-Crete is best done in conjunction with the building of new plant, so Zeobond is looking to markets where demand for concrete is still growing rapidly – China and India.

Zeobond doesn’t aspire to be a producer of the final product. Rather it provides the knowledge of how to make E-Crete along with the secret ingredients that make it work. It’s a bit like the Coca-Cola approach, Peter observes, with the low-value, high volume raw materials readily available overseas.

After years of development, Zeobond is now breaking even and the future looks bright. With growing demand for more sustainable building materials and perhaps with some help from a carbon price, Zeobond sees E-Crete production growing to hundreds of millions of tonnes a year.
E-Crete may not conquer the construction world overnight. But if there is ever a prize for the smallest company making the biggest reduction in carbon emissions, Zeobond could well be a leading contender. 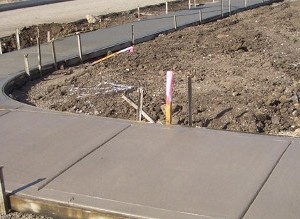