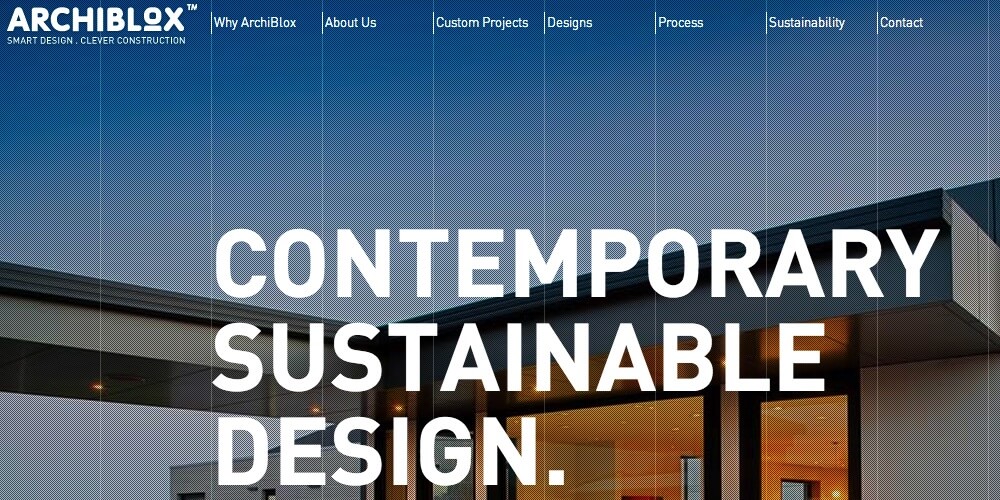 Architect Bill McCorkell and builder Dave Martin met while working on a housing project together. As they developed a rapport they also identified that there was an opportunity to build sustainable beach houses in the Victorian seaside town of Inverloch. In 2008 they established Archiblox to address this market.

As Bill tells it, Dave is the one who is more “out there” on the sustainability front. “He’d be happy building Earthships,” he says. But it’s clear that a philosophy of creating homes with a minimal environmental footprint is a shared passion – sustainability informs every decision regarding the design and build of an Archiblox house.

It begins with orientation for passive heating and cooling. Bill nominates this as the main factor in the thermal performance of a building. Draft-proofing, insulation, double glazing, water efficiency, renewable energy systems and drought-tolerant landscaping are just some of the other features that help to reduce the occupants’ environmental footprint.

But the major defining characteristic of an Archiblox building is that it is prefabricated. “With a conventional rural build, it’s impossible for a builder to be on-site the whole time to keep an eye on contractors,” Bill says. “One of the advantages of prefabrication in a factory setting is the ability to maintain better quality control.”  In addition to the two directors and ten principal team members, Archiblox continues to employ independent contractors. In a market dominated by lower-quality volume housing Bill enjoys seeing the Archiblox philosophy take route with tradies. “You see them get excited about what they are creating,” he says. And to promote pride in the business, the team that works on a particular project gets to see the final result – wherever it is in Australia.

With the emphasis that Bill and Dave place on sustainability, you’d expect Archiblox to attract clients who are already seeking a more sustainable lifestyle. However, Bill notes that the sustainability page on the Achiblox website is the least visited. “Clients are keen on the sustainability aspects until they find out the impact on price,” he says. So what sells the buildings? “Architect design, the quality achievable with prefabrication, but above all comfort and liveability,” Bill observes. Occupant behaviour has a major impact on the performance of a building, so each Archiblox home comes with a manual explaining all the sustainability features are and how they work together.

Archiblox also has another trick up its sleeve. “We design big rather than build big,” says Bill. By making the most efficient use of space possible, an Archiblox home creates a comfortable feeling of space without the large footprint of many volume homes. “An eight or nine star home does cost more per square metre than a six star home,” Bill notes, “but we’ve done renovations where we have increased backyard space.” That’s the result of replacing an old part of a house with a more space-efficient design. And a smaller building means less materials, helping to reduce costs.

After Archiblox was established, Bill kept his earlier architecture business going in parallel for a few years. “In hindsight I would have exited the other business earlier,” he says. “Having a divided focus isn’t the best way to do things.” Now that focus is on growth in the business, with Archiblox homes appearing in Byron Bay, South Australia and Western Australia. Flat-packed homes for specific projects and difficult sites are in development, and commercial buildings are also on the drawing board.

“Next year we plan to allocate a portion of our income to building community structures,” says Bill. “We’ll do them close to home,” he says, by which he means pretty much anywhere in Australia.

About the only impediment to growth at the moment is finding the right people. “We have had a few people who don’t have the right energy,” Bill says, adding that attitude trumps ability. “You can train people up, but you can’t change someone’s personality.”

Bill himself exudes plenty of energy, but keeps things in perspective. “There has to be a balance between business, personal time and family life,” he says. “And that helps to ensure the business itself is sustainable.”

While Archiblox is very process-driven, this isn’t at the expense of innovation. An improvement discussion takes place every week, and the team looks at any roadblocks to becoming even more sustainable. These sessions help to ensure everyone in the business is working towards the same goal.

Archiblox accepts that it is in a niche market. But as Bill puts it: “If you have the belief, and know that what you are doing is good, then you can take it head on.” 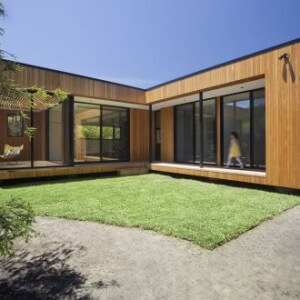 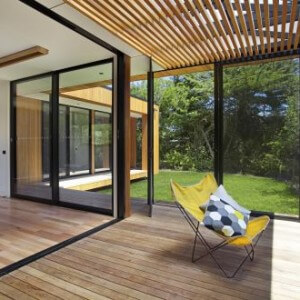